What a delightful Sunday evening attending Chriz' Unfinished Concert.
It was an hour FULL of LIVE! music and love. On a cooling evening of 20th October 2013, Chriz brought to us love songs from her popular TV drama series theme songs, some of which are her very own compositions. The hour-long concert was presented at the Esplanade Recital Studio, where she showcased a line-up of her favourite songs and her TV drama theme songs.

About Singsation
(Pronounced as Sing-say-sion)

SINGSATION, is a major event production by EE-FTY LLP (艺工厂), to promote and support Singapore’s very own music and talents with a platform to showcase their music in a concert of their own. SINGSATION Concert (新声带音乐会) is a series of concerts featuring local artistes, bands, musicians all year round, to build up to the (SINGSATION Music Festival 2014), targeted to be held at the end of year 2014.

It was only until recently that I've heard of Singsation Concerts and I like it; definitely a great way to learn more about the local music industry. More importantly, it's about being able to support these homegrown music and talents. I'm looking forward to attend more Singsation concerts! Wait, I realise I've met Chriz Tong before her concert.
She was one of the three judges for the Ultimate Voice 2013 Semi-Finals which I took part in!

*What a small world*

I chiong-ed out of the recital studio and grabbed copies of her 3rd album. There was a post-autographed session with Chriz and I managed to get her to sign the copies, yes! I'm sure you've heard of this song on TV if you've been watching; Kampong Ties is the story about two ill-fated girls who became the best of friends and helped each other in times of need.

This year, Chriz launched her new single “Coffee Love Song” for the drama “96°C Café”.  Given the positive feedback given for the song, she was invited for several radio and media interviews, and was also invited to perform for TV variety show, The Sheng Shiong Show and other performances solicitation.

If you're someone who catches Mediacorp TV dramas, Chriz' songs should be familiar to you. You may not have seen her, know her personally or even have heard of her name, but her songs definitely sound familiar to many of us.

This is my favourite track in her latest song album, track 02 people - Coffee Love Song!

And you know what, my WDA music theory teacher, Mr Daniel Chai, is the guitarist playing for Coffee Love song. So proud of him! Chriz Tong 汤薇恩 - 爱情风险 《爱情风险 Love @ Risk》 Theme Song
The melody of Love At risk is written by Chriz herself, listen to her catchy melody:

Fans and people who have been asking on Youtube and Facebook where to get the FULL versions of these following theme songs, it's now released in Chriz Tong latest album, UNFINISHED LOVE SONG (没唱完的情歌）

There's a total of 10 songs of which, some are her own compositions.
I've heard them all and I can't stop:


Would you love to own an autographed album of hers too?

Join this giveaway, and ONE of you will walk away with Chriz Tong's latest album with her personal autograph, 没唱完的情歌! 1. Tweet/Post an Instagram this image (You may download it from www.facebook.com/MintLeong) - OR DO BOTH TO GET DOUBLE CHANCES. Congratulations, @JuneUnicorn, you're the winner!
View the winner picking process via instavideo HERE. 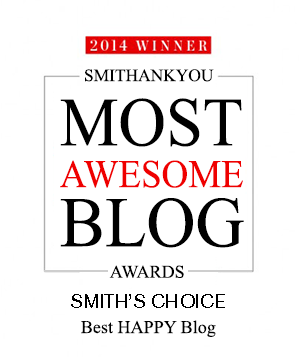 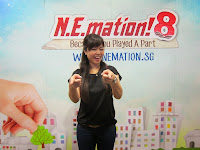 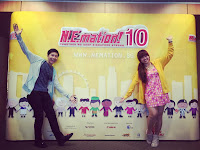 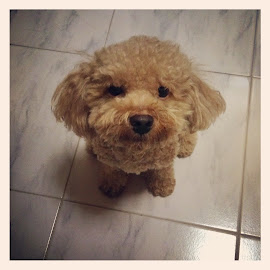